Looking for something to do in Newport? Whether you're a local, new in town or just cruising through we've got loads of great tips and events to offer. Find out what’s on in Newport with our regularly updated events calendar featuring the best upcoming events in Newport and the area.

This guide lists events at a glance, showing what’s on each month. See the highlights of What’s On for Newport, featuring the best of things to do in Newport – Live Music and Gigs, Family Events, Art & Culture, Food & Drink and much more. Newport fundraisers and charity events. 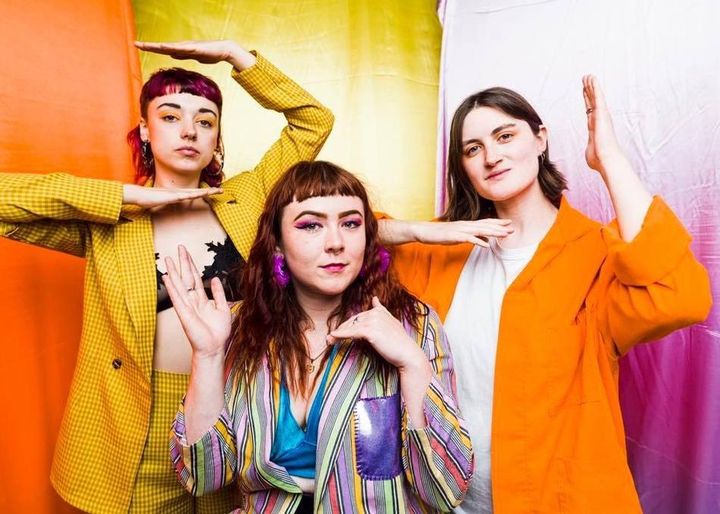 “… one of the most constantly evolving and exciting emerging groups from Wales in the last few years.’ – God Is In The TV

“Melyn is one of the best debut albums by ANY band of recent memory and demands attention not only from those who reside in Wales but those who live over the bridge. If there is any justice the Adwaith will be embraced and discovered by young adults from all over the UK looking for a band who mirror their own politics and beliefs and who are needing of a shared community. The future belongs to the young and with Melyn the future is Adwaith,” – Louder Than War

Adwaith are Gwenllian, Hollie and Heledd, a post- punk band from Carmarthen, South West Wales. The release of their debut single ‘Pwysau’ at the end of 2016 heralded a new brave and exciting chapter for Welsh music. Building on the success of ‘Pwysau’ they issued another six releases within an adrenalin fuelled two years. All the material has gained vast critical acclaim and extensive radio plays, most noticeably on BBC Radio 1, BBC Radio Wales, BBC Radio Cymru, BBC Radio 6 and Amazing Radio. Adwaith also recorded a BBC radio session for Huw Stephens in the legendary BBC studios at Maida Vale and had their live set on the BBC Introducing Stage at FOCUS Wales festival, broadcast live on Adam Walton’s BBC Radio Wales show. The last two summers were filled with festival appearancesincluding Latitude Festival where the Band was introduced on the BBC Introducing stage as ‘the most exciting band from Wales in decades’.

If you have an event, that you would like to be featured on our Events Calendar, please visit Free Event Listing.