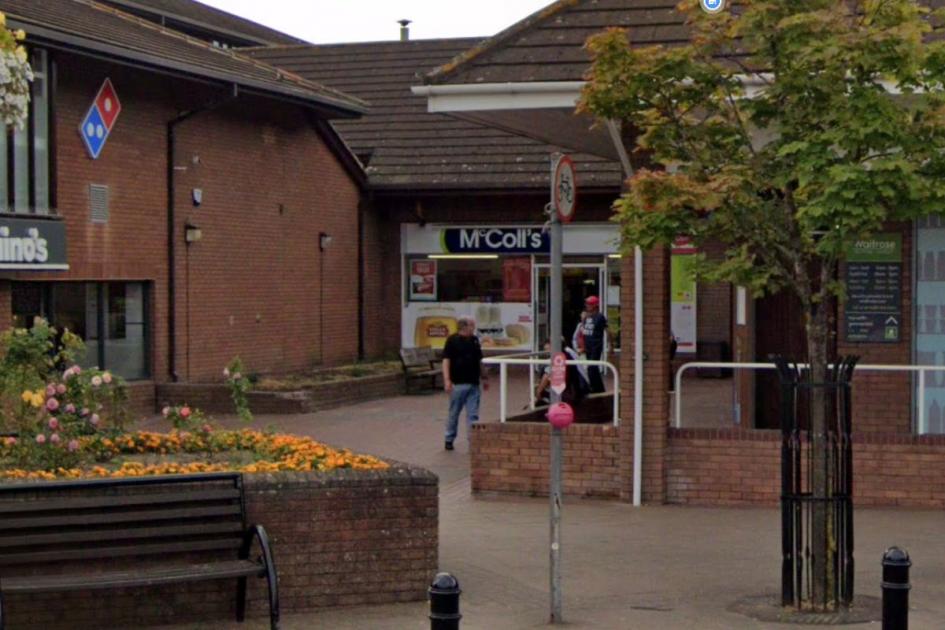 TWO McColl’s convenience stores in Gwent will be closed down as part of new takeover plans.

Supermarket chain Morrisons was this week cleared to buy McColl’s for £190 million, in a rescue deal first announced in May.

Following the takeover, Morrisons said there were “132 stores where there is no realistic prospect of achieving a breakeven position in the medium term”.

In Gwent, one store in Newport and one in Monmouthshire will be shut down.

The branch in the Ringland Centre will be closed, as will a McColl’s in Caldicot’s Newport Road.

Some branches, including in Caldicot, include Post Offices, and Morrisons said it would delay their closure until early next year so that customers could continue to use the postal service during the Christmas period.

Other McColl’s earmarked for closure will likely be shut down sooner, “in an orderly fashion over the remainder of the year”.

“Regrettably this means that around 1,300 McColl’s colleagues will be placed at risk of redundancy,” Morrisons said in a statement. “Every affected colleague however will be offered alternative employment at a nearby McColl’s store, Morrisons store, logistics operation or foodmaking centre.”

The supermarket firm said it was “currently working with the Post Office to see if nearby McColl’s or Morrisons stores could be part of the solution and we are currently looking at a number of potential stores for replacement Post Office counters”.

There are “no further store closures currently being considered”, it added, “but we remain in discussions with a number of landlords of challenged stores”.

Stores not set to close will be rebranded as Morrisons Daily shops in the coming months.

Other McColl’s branches in Gwent can be found in:

David Potts, the chief executive of Morrisons, said his firm would “transform McColl’s into a viable, well-invested and growing operation”.

“I’m confident that the McColl’s conversions, combined with the increased competitiveness that will be unlocked through investment and synergies, will make Morrisons a growing force in the important convenience market in the years to come,” he added.

Joseph Sutton, Morrisons’ convenience, online and wholesale director, said “we very much regret the proposed closure of 132 loss-making stores but it is, very sadly, an important step towards the regeneration of the business”.

WITH excitement for Wales’ chance at World Cup glory at fever pitch, businesses around Newport are getting into the spirit. South Wales Argus | Business …

A NEW discount store is to open in the former site of B&M in Newport. South Wales Argus | Business …