Step back in time at the National Roman Legion Museum and explore life in a far-flung outpost of the mighty Roman Empire. 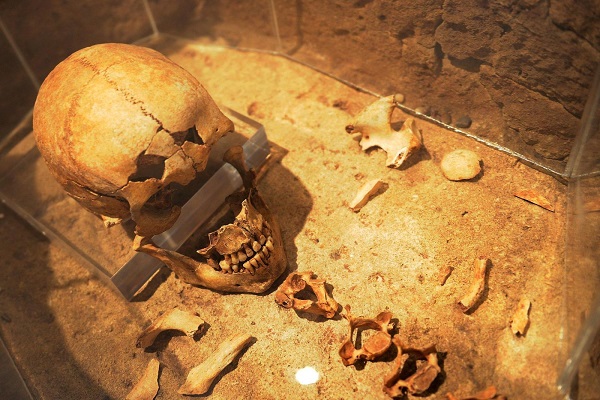 Wales was the furthest outpost of the Roman Empire. In AD 75, the Romans built a fortress at Caerleon that would guard the region for over 200 years.

Peer into the amazing contents of the Bathstone Coffin to find the bones of a 2nd/early 3rd century man, buried with a small glass perfume ointment bottle and a shale cup.
As well as many individual highlights, there is plenty of authentic Roman pottery and other utensils on show in the gallery, including an iron frying pan sporting a folding handle to fit inside a soldier’s pack.

The reconstructed Barrack Room shows what the fortress barrack blocks might have looked like inside, giving a sense of the living conditions for the Roman soldiers.

Enjoy the sights, sounds and smells of our beautiful Roman Garden. The Romans planted fruit, vegetables and herbs for food and medicine, and many plants and flowers were used in religious practices. They brought their garden designs with them in 43 AD, but the change in climate restricted the range of plants that could flourish.

Visit us and see how a Roman garden in Britain might have looked, sporting box hedges, bay trees and vines climbing the triclinium - an open-air dining area, just as we have patios, garden furniture and gazebos. You may be surprised to know many of the plants in our garden were introduced to Britain by the Romans. Some are recognisable, others strange, and a few may seem familiar but not associated with the Romans. They introduced ornamental gardens to Britain - places for leisure and pleasure.