Marble House was built between 1888 and 1892 for Mr. and Mrs. William K. Vanderbilt. It was a summer house, or "cottage", as Newporters called them in remembrance of the modest houses of the early 19th century. 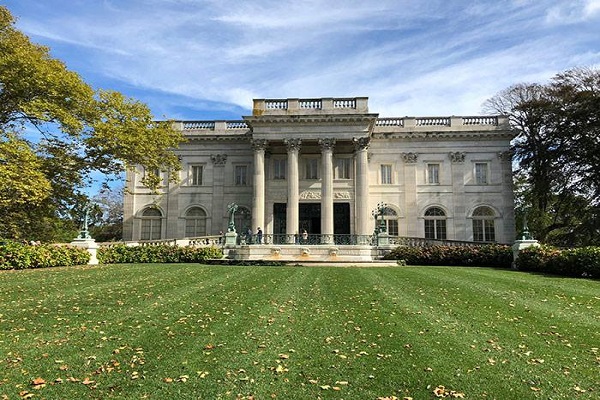 But Marble House was much more; it was a social and architectural landmark that set the pace for Newport's subsequent transformation from a quiet summer colony of wooden houses to the legendary resort of opulent stone palaces.

The house was designed by the architect Richard Morris Hunt, inspired by the Petit Trianon at Versailles. The cost of the house was reported in contemporary press accounts to be $11 million, of which $7 million was spent on 500,000 cubic feet of marble. Upon its completion, Mr. Vanderbilt gave the house to his wife as a 39th birthday present.

The Vanderbilts divorced in 1895 and Alva married Oliver H.P. Belmont, moving down the street to Belcourt. After his death, she reopened Marble House, and had a Chinese Tea House built on the seaside cliffs, where she hosted rallies for women's right to vote. She sold the house to Frederick H. Prince in 1932.

The Preservation Society acquired the house in 1963 from the Prince estate. In 2006, Marble House was designated a National Historic Landmark.