A CONVENIENCE store in Tredegar has had the hours it can sell alcohol increased, but not to the extent the shop owner wanted due to fears over anti-social behaviour.

At a meeting of Blaenau Gwent County Borough Council Statutory Licensing sub-committee on Wednesday, June 22, councillors looked at an application by Jegatheeswaran Thevarasa.

Mr Thevarasa wanted a licence to sell alcohol at his convenience store at 58 Glyn Terrace, Tredegar, from 7am to 11pm.

When a similar application had been heard by the committee in July 2021, councillors granted him a licence to sell alcohol from only 10am to 7pm.

This was due to claims made that alcohol-fuelled anti-social behaviour is blighting the area.

According to Gill Sherratt, who represented Mr Thevarasa at the hearing, curtailing the hours to sell alcohol had caused problems in starting up the business and led to the fresh application being submitted.

Ms Sherratt said: “The shop only opened in March because the hours that were granted for alcohol sale were of no use to him.

“People need to get everything they want in a convenience store in one go or they will go elsewhere.

“When people with filled up baskets realised that there was no alcohol for sale, they put them down and walked out.”

MS Sherratt added that he had shops in both Bargoed and Pontypridd and had not experienced “any problems,” at those stores.

Ms Sherrat added that event licences which allow extended hours for alcohol sales for three weeks which had been in operation at his Tredegar shop had passed without any issues cropping up.

Due to continued concerns of anti-social behaviour in the area, three letters and a petition signed by 82 people had been lodged against the licence changes.

“This isn’t a busy city centre, it’s a quiet residential area in a small valley town mainly occupied by families and elderly people.”

He added that anti-social behaviour problems in the past had dropped after the hours of alcohol sales at another shop had been cut, this store has now closed.

Committee members then retired to deliberate on the application in private.

Committee chairwoman, Cllr Lisa Winnett said: “We’ve had a lot of deliberations regarding this matter.”

Ms Evans said: “The fact that residents have confirmed that they are fearful of anti-social behaviour has been considered very carefully, it is noted that there is no evidential link to suggest that this emanates from these premises.

“However, the hours have been tailored to appease the residents and the licence holder.

“The sub-committee have decided to vary the sale of alcohol allowed at the premises to be between 9am and 9pm.” 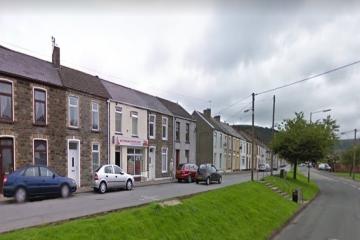 AN ABERGAVENNY family-run petrol station which caused chaos on the town’s roads after slashing prices at the pumps has been sold to a Pembrokeshire firm. South Wales Argus | Business …

Such was the state of the dental decay for two of the children, they each had to have more a dozen teeth removed WalesOnline – Wales News…

Have you seen her? WalesOnline – Wales News…

A FAMILY-run petrol station in Abergavenny is causing traffic “chaos” after slashing prices at the pumps in an effort to repay community support over the years. South Wales Argus | Business …