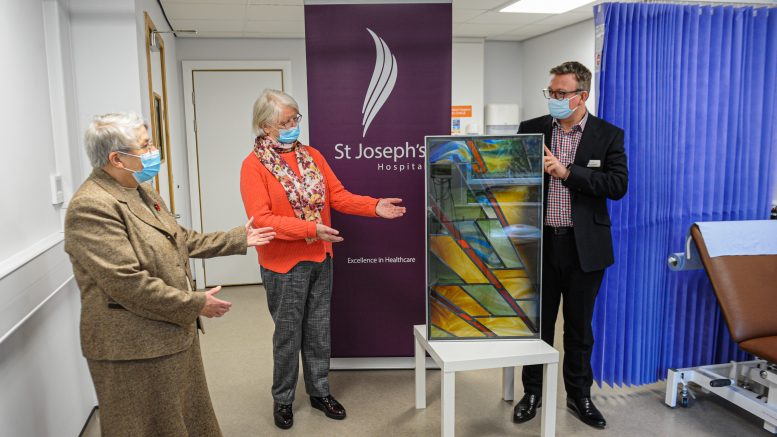 February 2021 marks the 75th anniversary of St Joseph’s Hospital in Newport, which was founded by the Sisters of Saint Joseph of Annecy. A beautiful, historic stained-glass window depicting a vision of new life was this week presented to Sisters Bernadette and Susan to celebrate the anniversary.

Located in Newport and visited by patients from across Wales and the South West, St Joseph’s was founded in 1946: two years before the birth of the NHS. The beautifully crafted window has been carefully removed from the old chapel and preserved as part of the development of a new £3m Day Surgery Unit, which is being readied for opening in the spring.

Sister Bernadette Marie commented: “For over 70 years the hospital has carried out a wonderful mission of healing and caring, a mission of love. We are delighted to receive this stained-glass window which was a feature of the Hospice chapel. It fittingly represents new life.”

The new Day Surgery Unit will allow St Joseph’s to extend its capacity, as new figures reveal the waiting list for planned hospital treatments is now eight times higher than at the beginning of the pandemic, with a record high of 538,861 people now waiting for non-urgent hospital treatments. Last month, the Director for Wales from the Royal College of Surgeons stated that almost a quarter of a million people were now waiting more than 36 weeks to start treatment in Wales.

St Joseph’s Hospital offers the vast majority of new patients an initial consultation within five days of first making contact. The new Unit will mean the hospital can undertake an extra 500 day case procedures per month. Operations such as cataract surgery, hernia repair, removal of skin lumps, carpal tunnel release, gall bladder removal and knee arthroscopy will all be offered.

A completely Covid-free environment, St Joseph’s Hospital is officially classed as a green site. The hospital has been working closely with the NHS since the start of the pandemic and continues to offer support in the form of use of its facilities, diagnostics, staff, beds and expertise.

The hospital offers over 300 treatments across 40 different specialities from cardiology to ophthalmology and orthopaedic to general surgery. Its Centre of Advanced Diagnostics is widely recognised as the most advanced in any independent hospital in South Wales.

Stuart Hammond, CEO comments “As we reach our 75th year we are all excited to see our new Day Surgery Unit approaching completion and we understand how much this will mean to our patients. The pandemic has had a tremendous knock-on effect on day surgeries with waiting lists across the country higher than they’ve ever been.

“Expansion of our theatre capacity will mean that more patients can be seen and treated quickly and at a time convenient to them. Being independent, we pride ourselves on allowing our staff the time they need to care for each and every patient. That’s never been more important than it is now.”

It continues to give back to the local community and has raised over £1,150 for local charity Cerebral Palsy Cymru by donating all previously used in-patient TV monitors. The hospital has committed to raising money for the charity throughout its 75th anniversary year. The Day Surgery Unit is part of the continued multi-million-pound investment in St Joseph’s. Over 50 roles have been created in the hospital over the last few months. 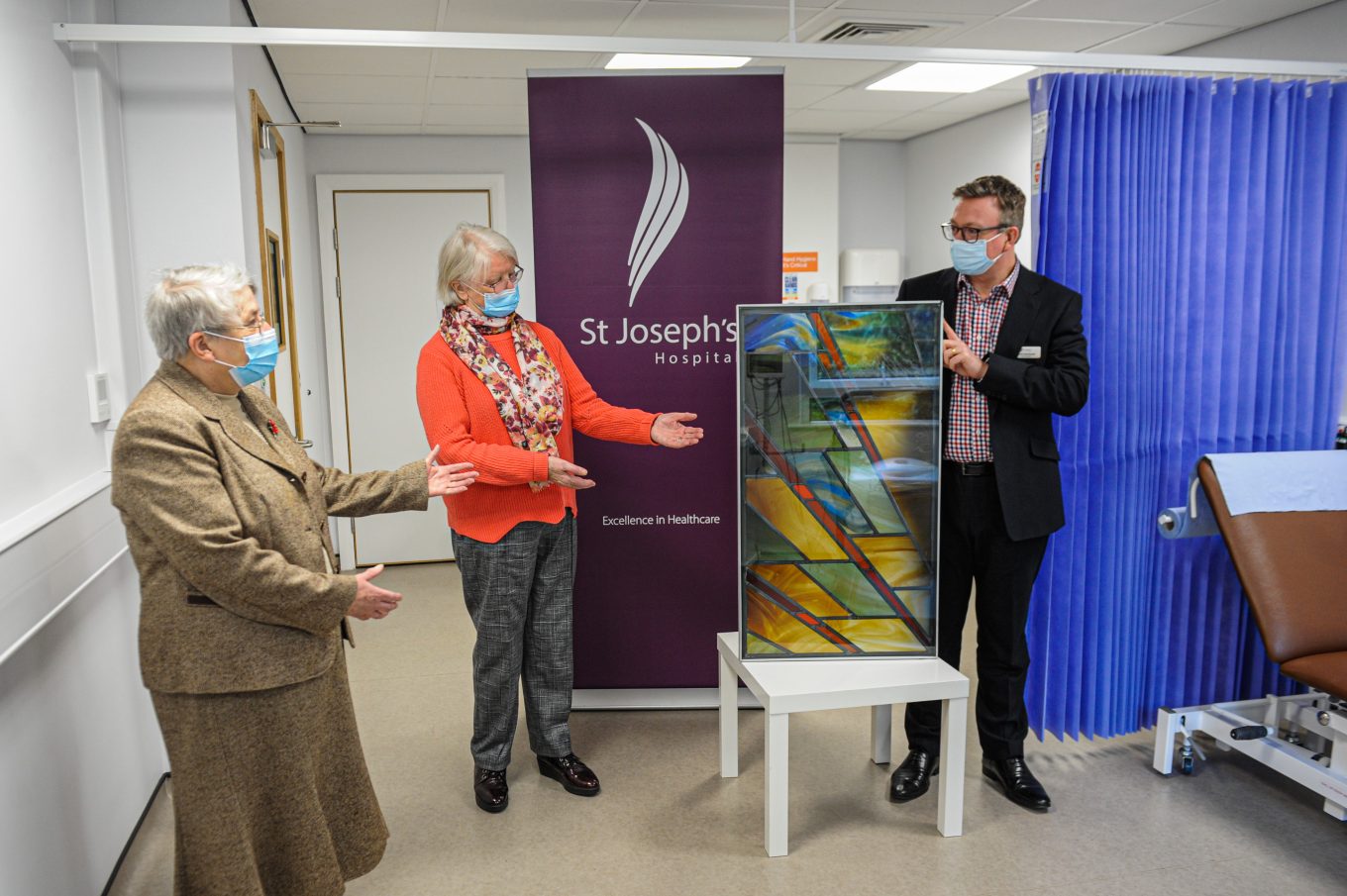